Why is digital marketing so popular?

In the mid-1980s, SoftAd Group conducted an advertising campaign, which was later called the first digital campaign for automakers – readers of the magazine mailed an insert from the magazine, and in return received a diskette with multimedia content that advertised different brands of cars and with free trial offers trips.

But it was the concept of “digital marketing” that began to be used in the 1990s. At that time, digital tools began to be actively used. In 1994, the first banner appeared on the HotWired.com website. By modern standards, the banner was more than successful – 44% of users clicked on it.

“Have you ever clicked your mouse right here? Now you will“

Why is digital marketing so popular?

It’s all about the audience, which can be reached using digital marketing tools. According to the annual report from We Are Social and HootSuite on the status of the Internet in the world, the growth in the number of Internet users and their involvement cannot but attract advertisers:

These are not even disadvantages, but rather the difficulties that most businesses face:

Digital marketing strategies often involve the use of not just one tool, but a combination of them. What specific tools will be chosen for an advertising campaign depends on its goals and objectives.

An advertising campaign was launched ahead of the 2009 Tour de France race. For the race itself, Nike prepared a special robot that automatically wrote on the road where the race route went, messages with words of support – they were sent to him via SMS and social networks. When the message was written, the robot sent its photo indicating the time and coordinates to the user. During the advertising campaign, the robot wrote about 100 thousand messages.  As a result of the campaign, Nike increased sales by 46% and raised $ 4 million for the Livestrong Foundation Cancer Care Fund.

CaseStudy 2: #ShareaCoke by Coca – Cola An advertising campaign with a very simple idea, which, thanks to digital technologies, has been receiving an audience response for several years. In 2011, in Australia, Coca-Cola launched bottles for sale, was on the labels instead of the usual name of the drink there were names. Users immediately began to search for bottles with their names and upload them to social networks. Then Coca-Cola sold 250 million registered bottles, and an advertising campaign spanned another 70 countries. Also, as part of the advertising campaign, traffic to the Coca-Cola Facebook page grew by 870%, and the number of likes increased by 39%.

Case Study 3: IKEA In 2012, IKEA launched a mobile application that turned the company’s regular paper catalog into an interactive platform. As a result, the application not only became the world’s first branded application in terms of the number of downloads in 2012 (6.2 million) but attracted three times more attention to the catalog compared to 2011. In 2017, IKEA restarted the advertising campaign – the Place application, using AR technologies, allows you to virtually place furniture in the interior before you buy it.

Case Study 4: Nike ID In 2009, the company posted an interactive billboard (23 floors in Times Square) in Times Square in support of the Nike ID product (creating personalized sneakers). Users using the phone keypad could create a sneaker design in real-time. The model was broadcast on the entire billboard, and the user could download the resulting image or immediately buy sneakers.

Case Study 5: LG Ticket Hunter In 2012, LG came up with an original way to talk about new phone models to a young audience – launched the mobile game Ticket Hunter. Award to the winner – a ticket to a concert by a famous group. To get it, you need to find an LG representative in a specific place in the city. How to find out where he is? Tweet with the hashtag #lgtickethunter.

Case Study 6: Nikon In 2017, Nikon celebrated its 100th anniversary, and Media Stars Digital Group had only three days to prepare the holiday campaign. At the same time, it was necessary to build it so that owners of Nikon equipment felt like part of the history of the company. Instagram was chosen as the platform for the advertising campaign – the “Stories” function perfectly suited the project goal. During the day, Nikon published around the world travel photographs from around the world (including UGC content). The campaign reached more than 8 thousand users involved.

Keep yourself updated with the latest information, trends and tips. 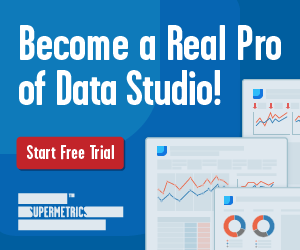